The  Regional Training and Innovation Centre is the organization in charge of designing the permanent training for teachers in the Region of Galicia (Spain) , at non-niversity levels. Its mission is to promote the professional development of teachers to improve their educational practice offering diversified, dynamic and innovative training actions, which respond to the rights and duties of all teachers who should update their scientific, didactic and relational knowledge.

CAFI performs coordination tasks  in the Permanent  Teacher Trainig Network in Galicia, at the same time as it offers direct training  and assessment to 213 education centres. Its main funtions include the design and development of distance training, the creation of didactic materials, support to the educational action, collaboration with other institutions involved in lifelong learning and educational  innovation, the implementation of innovative progammes and other reform iniciatives, including the adaptation and development of training models which are later disseminated and applied through the Permanent Teacher Training Network.

Founded in 1990, the Agency of the Ways to Compostela is a national, secular, professional association. It brings together more than 160 members: local groups, associations and hoteliers. Its purpose is to transmit the cultural heritage of the Ways to Santiago and to promote the deveopment of sustainable tourism at the service of the Regions.

Missions of the Agency:

The Adult Education Centre Plus Ultra, together with its section in the Penitenciary Centre of Logroño, is an official, free, public centre dependent on the Department of Education of the Goverment of the Region of La Rioja.

Our school works to provide lifelong learning and to respond to the needs of very diverse groups, paying special attention to the most disadvantaged. We have three different shifts, morning, afternoon and evening, to give opportunities to the largest number of people.

Our current education offer includes Literacy classes, Presecondary Education, Secondary Education for adults (both presence-based modality and blended modality), courses aimed at employability (Key Competences, Mentor Courses), Literacy in Spanish for foreigners, Preparation for the Test of Access to university for over 25 year-olds, Digital Competence and Basic Competence in English.

In total, a community of over 1,000 students of 59 different nationalities, 40 teachers and five non-teaching staff committed to lifelong learning and equal opportunities for all.

We present our project in the center 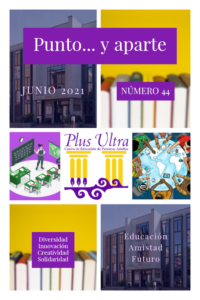 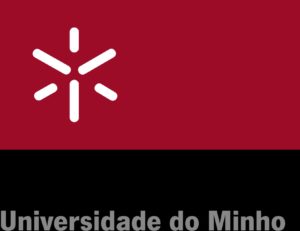 The Universidade do Minho (UMinho or UM) is a public institution of higher education founded in 1973 in the city of Braga. It is made up of twelve schools or institutes that provide a diversified educational offer on its Braga and Guimarães campuses, two cities that combine tradition and contemporaneity. The UMinho assumes the principle of quality as the central vector for its operation and development, through training, research, culture and involvement in the social context in which it is integrated. Their training offer and research projects have great international recognition. UMinho is a research university committed to the valuation of knowledge: Research, Development and Innovation, and is also oriented towards the socio-economic dimension, contemplating various successful collaborations in research, cultural and economic development projects. Internationalization also represents a strong commitment and international activities are particularly intense, not only in the EU and PALOP space, but also with various countries on various continents.

The Università per Stranieri di Perugia, founded at the beginning of the 1920s, has a long experience in promoting the Italian language and culture, through the didactic and cultural reception of European and foreign students. In this way, it acts as a vector of transmission of European values, being its European and international character one of the fundamental pillars of the history of the institution itself. It is also an official certifying center for the Italian language, and has developed a system of five levels of examination in order to assess Italian as a foreign language.

The Università per Stranieri di Perugia has been part of various European projects and has coordinated one of them, aimed at the creation and conservation of the Center for the Study and Documentation of Multilingualism in Mediterranean Europe. In addition, it has signed more than two hundred scientific and cultural cooperation agreements with national and international institutions.

As for its teaching, the University offers Italian language and culture courses throughout the year divided into 6 levels, structured in accordance with the Common European Framework of Reference for Languages ​​(CEFR), and courses on demand. In parallel, the Department of Humanities and Social Sciences offers undergraduate degrees (3 years), master’s degrees (2 years), postgraduate and doctorate degrees in Literary, Library, Linguistic and International Communication Sciences, as well as double degrees in collaboration with foreign universities.

Finally, the University accomodates the UNESCO Chair in Water Resources Management and Culture.

THE TEAM IN PERUGIA

We use cookies on our website to give you the most relevant experience by remembering your preferences and repeat visits. By clicking “ACCEPT ALL”, you consent to the use of ALL the cookies. However, you may visit "Cookie Settings" to provide a controlled consent.
Cookie SettingsREJECT ALLACCEPT ALL
Manage consent

This website uses cookies to improve your experience while you navigate through the website. Out of these, the cookies that are categorized as necessary are stored on your browser as they are essential for the working of basic functionalities of the website. We also use third-party cookies that help us analyze and understand how you use this website. These cookies will be stored in your browser only with your consent. You also have the option to opt-out of these cookies. But opting out of some of these cookies may affect your browsing experience.
GUARDAR Y ACEPTAR